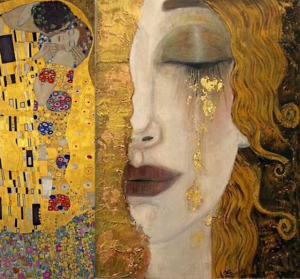 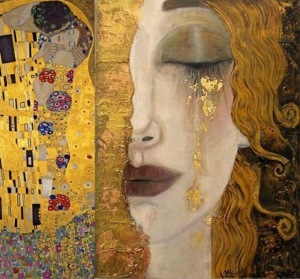 I’ve experienced them all

Divorce from a man I spent 30 years of my life with
Death of my parents, grandparents, best friend & family members
Damage to my spinal cord after a serious car accident
Devastation from things unimaginable, shaking my world to its core
Desertion from those who couldn’t handle the burden from the fallout
Depression both through & after those losses
Diversity in dynamic changes within my family
Discovery of who I’ve become after experiencing these things
Determination to restore my childlike wonder & evolve as a stronger woman!

The below song makes me think of the love & security felt in relationships, the imbalance felt when those relationships are severed & the realization that the beauty from those unions remain with us forever.

Wanting Memories~ by Sweet Honey in the Rock
(I suggest you open the song link below, so that you can hear the music as you read the lyrics…)

I know a please, a thank you, and a smile will take me far
I know that I am you and you are me and we are one
I know that who I am is numbered in each grain of sand
I know that I’ve been blessed
Again
and over again Four and a half years prior to the end of my marriage, my husband no longer made love to me.  In addition to that form of intimacy, we did not kiss deeply, cuddle or even spoon our bodies.  By that time our verbal communication had ceased to exist and I had desperately tried to convey to my spouse my need for touch through letters.

-I felt like I was dying inside… I felt so alone.

At first I asked if he could schedule to make love to me once a month, that did not happen. Next I asked if he could schedule one morning a week to spoon with me, as I had been waking up alone for far too long- but that didn’t happen.  One of my last requests was that he schedule one day a month to spoon with me, that didn’t happen either.

-I felt like I was dying inside… I felt so alone & anxious.

In my letters, I shared with him that without touch, I felt that an intrinsic part of me was dying, even referencing Harry Harlow’s monkey experiments; sharing with him that I felt like the baby monkey who was given nourishment, but denied comfort. I felt like the monkey that did not survive.

-I felt like I was dying inside… I felt so alone, anxious & depressed.

During the final year of my marriage I started to see a Somatic Experiencing Massage Therapist, seeking validation that my intense need/desire for intimacy was normal & healthy.  After half a dozen sessions where I was learning to: convey how my emotions were affecting my body, practicing breath-work, understanding what it meant to be grounded & having my body touched reverently… my therapist joined me on the massage table & simply spooned with me.  It was not a sexual experience, it was “Contact Comfort.”  Oh how I cried… a flood of tears that I didn’t even know I was capable of holding in, poured out in abundance, and yet he just held me.  Through sobs, I thanked him… I was so grateful for that simple act of connection.

“While studying wild baboons in Kenya, I once stumbled upon an infant baboon huddled in the corner of a cage at the local research station. A colleague had rescued him after his mother was strangled by a poacher’s snare. Although he was kept in a warm, dry spot and fed milk from an eyedropper, within a few hours his eyes had glazed over; he was cold to the touch and seemed barely alive. We concluded he was beyond help. Reluctant to let him die alone, I took his tiny body to bed with me. A few hours later I was awakened by a bright-eyed infant bouncing on my stomach. My colleague pronounced a miracle. ”No,” Harry Harlow would have said, ”he just needed a little contact comfort.”

The phrase ”contact comfort” was made famous through Harlow’s experiments with baby rhesus monkeys at the University of Wisconsin in the 1950’s and 60’s. In her well-researched account of Harlow’s life and work, ”Love at Goon Park,” Deborah Blum describes how Harlow removed newborn infants from their mothers and housed them with surrogate mothers, some made of terry cloth and some of wire. When exposed to a moving toy or a strange room, babies with cloth mothers rushed to them, buried their faces in the soft fabric and relaxed. Their peers, with only wire mothers, shook in terror against the wall. Left alone for months with only wire mothers, they pined away, staring at the world with lifeless eyes, like my orphaned baboon.”

Although my children were young adults when my husband & I got divorced, it was a crushingly painful experience for them as well.  A husband & wife aren’t the only ones who experience divorce, the entire family shares the experience.  My daughter & I had always been very close (we also butted heads at times, because we are both strong-willed women!), but in the aftermath of the divorce, there grew a huge chasm in our relationship.  For over a year, our communication & visits were sparse, and conversations were awkward & stilted.  My daughter finally revealed to me that my pain was so huge & palpable, that being around me was too much for her to bear.  In the space of our relationship, it simply felt as if there were an elephant in the room. This poem was written when I was feeling complete exile from her life… 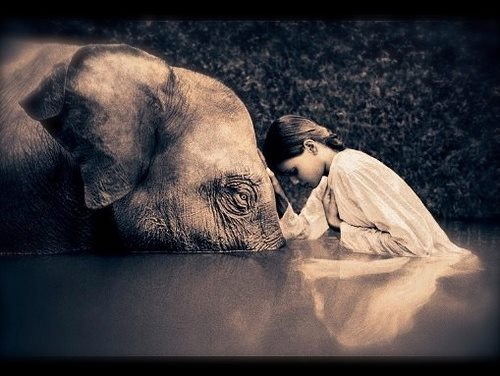 The Elephant in the Room

As she walks in my home, she’s ready to leave,
She looks at the time, an excuse for reprieve.

There’s an elephant in the room~

She no longer knows me, nor what to say,
All she can think of is, how soon she can get away.

But, there’s an elephant in the room~

Who is this girl, once my best friend?
Time used to fly, neither wanting it to end!

It’s that elephant in the room~

Is this my daughter? am I her mom?
Only stilted talk, is now carried on.

Yes, there’s an elephant in the room~

My heart yearns for family, comfortable & warm
But now I see strangers, obliged to perform.

I wish there weren’t this elephant in the room~

No mention of invite, to their house is received,
No blossoms of family, where love is the seed.

I wish it would leave, that elephant in this room!

What would hurt more, I sit & wonder…
To ride the elephant, or be crushed under?

I am happy to share that my daughter & I are now in a very good & loving place with each other.

When I was little, I remember my mother telling me one day, “We’re going to the FAIR today!”  (Excitement bursting inside of me…)  “Really???”, I asked in disbelief, worried it was too good to be true.  “The WELFARE!”, she replied laughing– I fell for it every time. 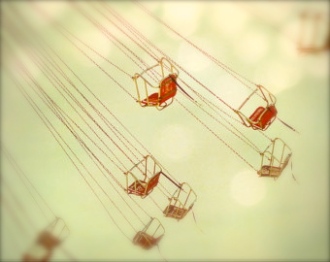 When I was little, this crushed me, now it’s a fond memory…